by Upside Down Recordings 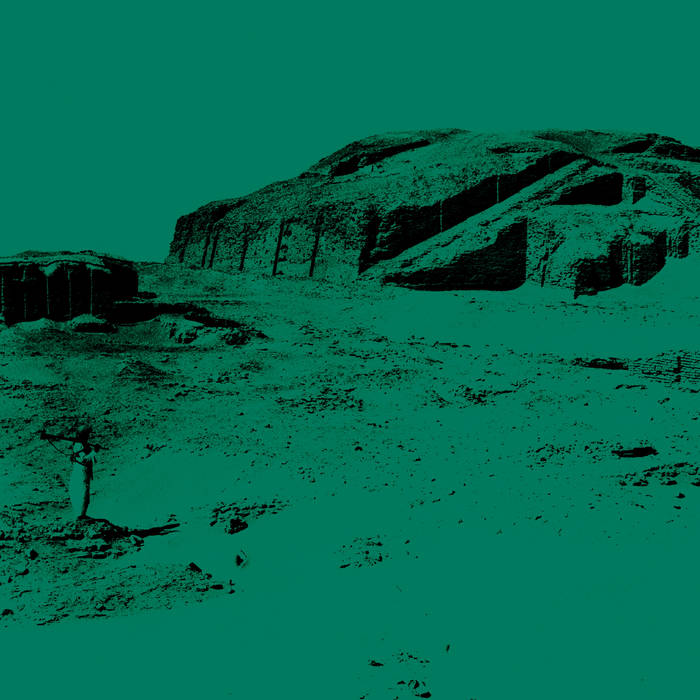 First official release from French artist Julien A. Lacroix, Uruk Romantic Tales #2 is a
concept album based in a supposable Mesopotamian landscape, hanging between past and future recalling nor one or the other.

Born in 1984, Julien Lacroix works with instrumental recordings since several years ( recent works are distributed as free downloads on julienadrienlacroix.fr ). He recently improved his composing technic including pseudo-historical paradigms, short fantasies, acoustic & processing experimentations.
He picks fragments and ruins scattered on the ground, puts them together, and places them in imaginary scales and narrations lost in living memory. Lacroix's work is capable of suspending time and it transforms it into a vision, a continuous research which leads to an immersive form of music.

In the six passages of this album, he uses different stones and woods as percussion instruments or raw material digitally processed, strings, voices and electronic synthesis in a continuous oscillation between tension and expansion. It reminds the intimate side of Luc Ferrari and Jean-Claude Eloy's French electroacoustic, sometimes touching the obscure and abstract sonic compositions of Giancinto Scelsi

**Foreboding, deeply compelling debut highly recommended to followers of Demdike, Cyclobe, Coil.Screenprinted on coloured paper. 150 copies only** 'Uruk Romantic Tales #2' is a concept album based "in a supposable Mesopotamian landscape, hanging between past and future recalling nor one or the other." It's evidenmtly the work of an exotic mind, much in the same frame as inestimable French composer Jean-Claude Eloy, and also sharing much in common with the vividly hyperstitious soundscapes of Cyclobe or Coil. Over six stages or phantasias, Lacroix's narrative leads us blindfolded through tortuous instrumental passages shaped from wood and stone as percussion and meshed with strings, voices and electronic synthesis. Make no mistake, they're nightmarish places, full of shape-shifting apparitions and sonic illusions cast in low light, nearly always something lurking on the periphery and ready to strike from the behind the ear, which by turns makes the quieter moments that much more intense and immersive. Most crucially, especially for much that operates in "darker" spheres, 'Uruk Romantic Tales #2' doesn't feel cloying or cliché; it's better thought of as abstract, mercurial, and ancient-futurist, and RIYL Valerio Tricoli, EHŒCO, Giacinto Scelsi.
|| Boomkat ||

sounds on various forms of mineral

Bandcamp Daily  your guide to the world of Bandcamp

Featuring appearances from Kari Faux, Bluestaeb and and interview with NY-bred artist Wiki